When comparing Traxxas vs Losi, it makes sense to begin with Losi, as there racing story started earlier.

The RC car sport all started in the United States, where in the mid-80s of the last century the most famous manufacturer of RC cars, Team Losi, came into the world. The founder of the company, a man named Gil Losi, Jr. made a huge contribution to the development of the RC industry. Gil’s family owned and operated the “Ranch Pit Shop R/C” track located in Pomona, California.

Already in college, the boy developed an interest in learning engineering, as well as plastic injection molding technology. Eventually this innocent interest develops into a fascinating hobby and then into a professional activity. Jill Losi creates a company of the same name.

Team Losi Racing has a range of radio-controlled vehicles to suit all tastes. The manufacturer offers models in different scales with internal combustion engines or with electric engines, ready-made RTR kits or under the brand name TLR – assembly kits that are real sports cars, not hobby cars.

Team Losi Racing also offers a full range of high-quality parts and components for maintenance, tuning and upgrading of RC cars, so you can feel the pleasure of communicating with cool vehicles.

Traxxas began its history in 1986 with the idea that the time had come for a completely new concept of a fully assembled hobby-class radio-controlled car.  This vehicle will have all the same advantages of the KIT class, like interchangeable parts, upgrade options, and high-quality radio control system components, but it will be fully assembled in a colorful package, ready to use right out of the box. To describe this new class, Traxxas has coined the term “Ready-To-Run” (RTR).

Being fully assembled, ready-to-run vehicle is originally intended for entry-level beginners, thus Traxxas created a free support line specifically for this type of customer.  Once people realized that Traxxas RTR has the same performance and quality as the traditional KIT model, only they don’t need to assemble it, the RTR truck becomes  a hit! But the KIT version will still be offered to those who would rather enjoy a do-it-yourself experience.

Today, Traxxas has become the #1 selling brand for RTR nitro and electric models. No one has done more than Traxxas, promoting the RTR class with innovative thinking and unique designs that allow everyone to join the fascinating world of RC hobby.

As Brian Schneider, a Manager of Roger’s HobbyCenter, states:

“Part of Traxxas’ success is their reliance on a singular platform for their more entry-level vehicles. The Bandit, Rustler, Stampede, and Slash all draw heavily on the same parts: suspension, transmission, and most of the vehicles use the same driveshafts and axles. Focusing on a single platform with multiple variations benefits everyone; the manufacturer has fewer R&D costs as well as production costs, hobby shops can stock fewer parts yet still service more cars, and consumers can transition parts from one truck to another.”

Traxxas VS Losi: Which Brand Is Better?

The table below shows main advantages and features of each brand.

And now it’s time to compare the models one by one, and see their pros and cons. 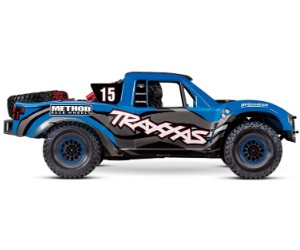 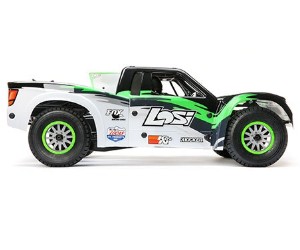 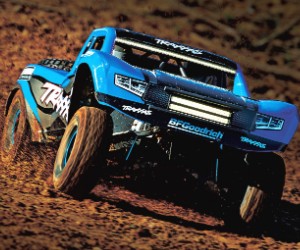 Do you want to drive a cool car? So that the roar of the engine would overwhelm you and the adrenaline would pulsate in your veins? Traxxas Desert Racer is a rather new vehicle from the famous Traxxas manufacturer. It conquers the off-road with ease and speed. This is a radically new and significantly revised version of Traxxas engineers: the most true-to-scale and in the spirit of Baja series models. The Desert Racer is an all-wheel-drive radio-controlled model made in a large 1:8 scale and designed for experienced racers. 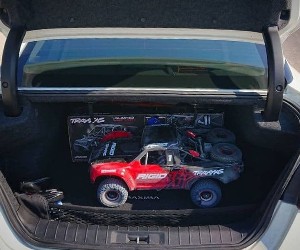 Pro-Scale is a Traxxas design that combines a cool replica exterior with the power of a brushless motor.

The Desert Racer reaches speeds of up to 50 mph and a signal range of 100 feet!

Traxxas Velineon® VXL-6s speed control easily puts the car into training mode so that you quickly get used to and adapt to the character of this supercar. It’s also waterproof.

Traxxas Desert Racer’s high-precision servo system is equipped with reliable water protection – the vehicle is ready to win on the track in any weather! 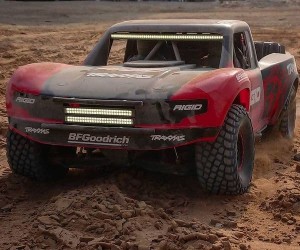 TSM system works steadily and invisibly for the rider, but it’s noticeable in tight corners.

The all-wheel-drive model comes with an RTR package, but for the first run you need to buy 2 Li-PO batteries with 5000 mAh 2S/3S as a minimum, a battery charger (Traxxas EZ-Peak Dual 100-240V 8A 100W is recommended) and 4 batteries (AA) for the radio remote control. 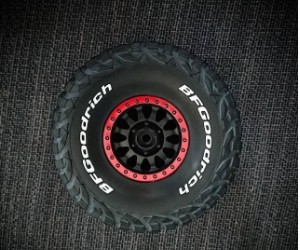 With realistic controls, it’s as if you’re behind the wheel of a full-scale off-road vehicle. Explore the terrain with confidence – the steering wheel won’t let you down. Oil-filled spring-hydraulic shock absorbers enhance the appearance and help you to overcome the most challenging terrain. Like a real SUV, the Super Baja Rey is equipped with an incredibly strong safety frame that increases the resemblance to the original vehicle and increases the model’s durability. 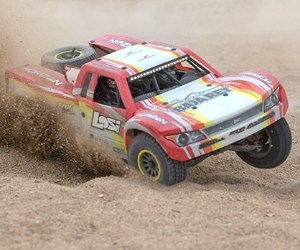 Four bolt-on body panels give the model a realistic appearance. The four-wheel drive all-wheel drive improves traction. Front, middle-axle and rear differentials control the rotation of the wheels. You can adjust the differentials to suit different riding conditions. Front and rear LED lights give you enough light to ride at night.

The powerful, waterproof Spektrum™ S904 digital servo is built to withstand any challenge. The high torque combined with lightning-fast speed will provide an incredible racing experience. The battery compartment in the back of the model makes it easy to change the battery. No need to remove the body. 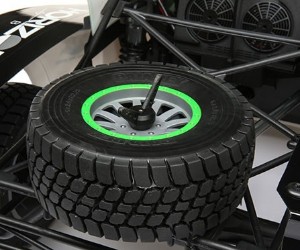 The tires not only make the appearance more realistic, but also serve their direct function.

The included Spektrum DX2e ACTIVE remote control is equipped with advanced AVC technology, a 3-position throttle switch, and has a stroke control function. An additional connector helps you connect a Spektrum speedometer or Bluetooth module. You can attach your phone to the designated mount and use the Spektrum Dashboard app. 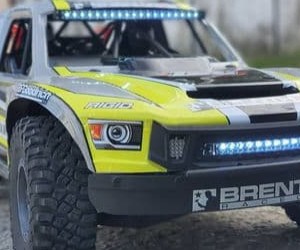 Built-in AVC (Active Vehicle Control) technology kicks in, making throttle and steering adjustments hundreds of times per second, so that even more engine power is converted into ballistic speed and acceleration.

*AVC is available for Black and Red models. 2.o models (Brenthel and King) do not have it

The World of Radio Controlled Gadgets

Our RCAnswers are devoted to the world of RC gadgets: from drones to RC toys, from RC cars to hobby boats and helicopters. Even RC pets won’t be forgotten. Discover this world with our professional team and let’s share the joy together!